After graduating from secondary school, Nikolaus von Johnston studied strategic company management and marketing at the German Ludwig-Maximilians-University in Munich.
During his studies, he worked on university projects for Bilfinger & Berger and Siemens AG, among others, and participated in lectures and top-level discussion panels (Prof. Dr. Mirow (Director of the Central Department for Company Planning at Siemens AG), Dr. Jürgen Schneider (member of the board of Bilfinger & Berger), Prof. Dr. Börsig (member of the management board of RWE AG, Prof. Dr. Henzler (Chairman Mc Kinsey Germany), Prof. Dr. Dr. h.c. Marcus Bierich (Chairman of the Supervisory Board of Robert Bosch GmbH) on the topic of globalization.

In 1997, before completing his studies, he founded Savecall telecommunication consulting GmbH, which received a number of awards and prizes such as the European Innovation Award 2008.

Nikolaus von Johnston is also active in the field of diplomacy.
In 2008. he became the youngest German to receive the exequatur as an honorary consul from the Ministry of Foreign Affairs and has managed the  Honorary Consulate of the Republic of Senegal in Baden-Wuerttemberg ever since.

In 2009, he was elected as a representative for Baden-Wuerttemberg in the German Consular Corps Advisory Board.

In 2010, the IACA (Interessensgemeinschaft akkreditierter Konsuln Afrikas e.V. (Interest Group for Accredited Consuls in Africa) was founded where he held the posts of Deputy Chairman of the Board and Treasurer. 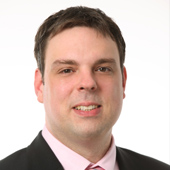 In the framework of his thesis for his degree in communication at the Bavarian Academy for Advertising and Marketing, Ronald Bals developed a marketing concept and spearheaded its implementaton.

After working as a Key Account  Manager in the Business Center / Office Center fields, he has worked for the company for many years as a Sales Manager for Germany and, in addition, for Austria since 2010.

Ronald Bals is active with the Deutsche Pfadfinderschaft (German Boy Scouts) Sankt Georg, Diocese Munich-Freising. After his active career as Chairman, he has been available for project activities for quite some time. 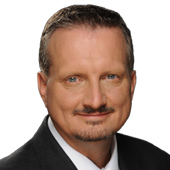 Martin P. Michael (*1970) worked in the field of central data processing at the Bavarian Volks- und Raiffeisenbanken for 12 years after completing his degree in data processing management. He then planned the entire IT infrastructure and oversaw its set-up for a subsidiary of a globally leading, large Munich insurance company.

For 8 years, he managed the IT department at this company. In 2008, Mr. Michael restructured the IT and telephony department of an assistance company. Two years later, he was appointed as a manager at Mondial Kundenservice GmbH in Nuremberg.

In 2012, he struck out on his own with Martin P. Michael IT- und Unternehmensberatung (IT and Company Consulting). Based on his successful cooperation with Savecall, the subsidiary, savecall ict solutions GmbH was founded in 2013.